Get CPU and GPU Temps in Linux

To get CPU and GPU temps in linux you need to install and configure lm-sensors. With lm-sensors you can monitor cpu and gpu temperatures and fan speeds as well as voltages for some systems. Lm-sensors reads the available sensors on your motherboard, cpu, and gpu and displays their output. Once configured, you can use the command line or a GUI to monitor your system’s sensors.

First install lm-sensors by running the following command in your terminal.

Once the installation completes you will need to setup lm-sensors. It’s a straightforward process. Just run the following command in terminal and follow the instructions you see in the terminal.

I always say yes to all the questions asked during the setup. You can always run this command again if you’d like to change anything.

When the setup is complete you can run this next command to get your cpu and gpu temperatures and fan speeds along with data from any other sensors detected.

The output from this command will look similar to this:

If the command line is not your thing and you prefer a GUI to monitor your system’s sensors, then you can install xsensors. Xsensors is a gui front-end for lm-sensors. 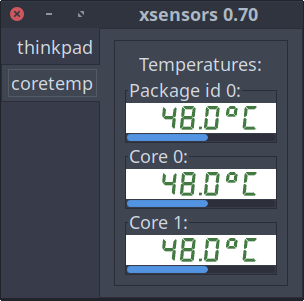 Another gui that I always install in linux is “System Profiler and Benchmark” which displays the data from your system’s sensors and a wealth of other system info. To install it, run the following command. 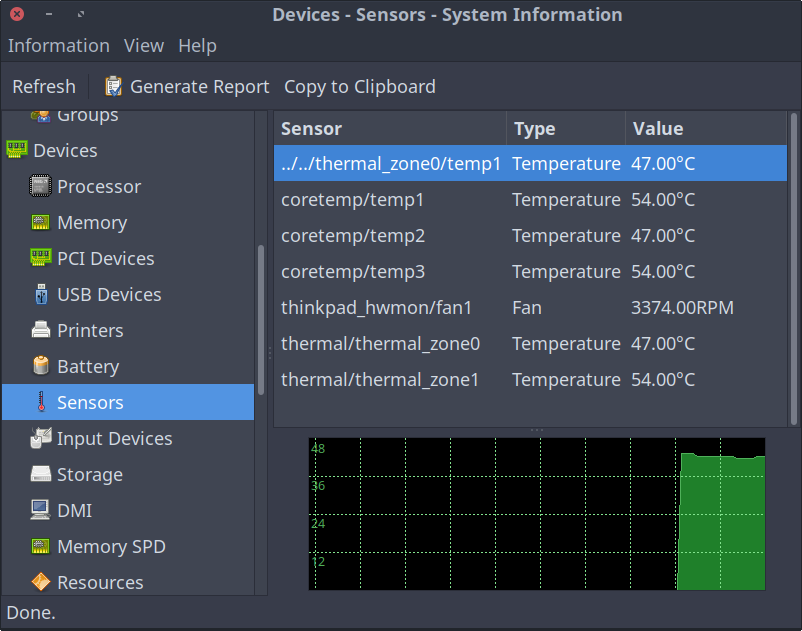 This wraps up our look at getting cpu and gpu temps in linux. Whether you prefer a gui or the command line, lm-sensors is easily the best tool for probing your system’s sensors.

If you have other GUI suggestions, feel free to let us know in the comments below.